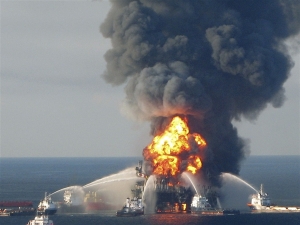 The good news for Transocean in their agreement to pay a $1.4 billion fine in connection with the Deepwater Horizon accident, is that they are finally able to put the matter behind them. Along with the environmental disaster that followed the accident, Transocean and BP have slogged through a public relations nightmare that few could have ever imagined and no one would want to try to navigate.

While it’s never a good thing to be found criminally responsible for a disaster of this magnitude, some of those affected by the accident may take comfort in the fact that much of the fine has been earmarked for cleanup, restoration and economic development.

While the size of the fine may be a small comfort to some, Transocean can take comfort in knowng that while the money will be used to restore the Gulf, the money will also be working to restore its reputation. 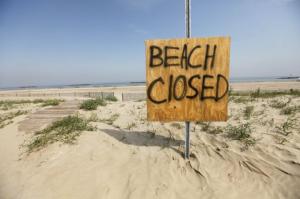 The slow motion disaster that is unfortunately continuing to take shape in the Gulf of Mexico will undoubtedly become a significant case history in the fields of public relations, corporate social responsibility (CSR) and crisis management.

While British Petroleum has certainly been the victim of a worst-case scenario, they have also been woefully unprepared for a disaster that is obviously within the realm of possibility.  Good crisis planning could have probably predicted the current event and hopefully prodded some preparation to deal with it.

But from a PR perspective, BP has done a good job of accepting responsibility, admitting mistakes, being transparent about what is going on and I suppose when this is over, doing what is necessary to make sure it never happens again.  What is yet to be determined is how much BP is willing or able to make the innocent victims of the disaster whole.

The Exxon Valdez spill in Alaska showed the massive resources, both financial and in human capital, that are required to right a wrong of this magnitude.  And as the oil slick in the Gulf continues to grow and more communities are affected, the job just becomes bigger.  While the fragile eco-system of Prince William Sound is still recovering from the effects of its disaster, it is relatively sparsely populated compared to the communities of the Gulf of Mexico.  Cleaning up the oil and working to restore both the environment and the confidence of an angry public will be a massive undertaking.

Once the flow of oil is stopped, the real work will begin.  Let’s hope that BP is prepared.